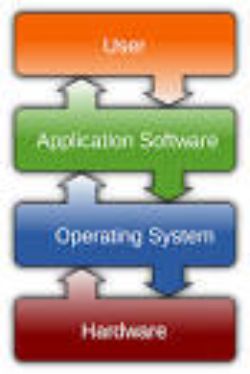 “Software” is a generic term used to describe the non-hardware component of computing. There is no such thing as “a” software; it is just software. … Thus Word is both software and an application. It is comprised of a suite of programs, and is itself part of a bigger application called Office.

An application is any program, or group of programs, that is designed for the end user. Applications software (also called end-user programs) include such things as database programs, word processors, Web browsers and spreadsheets.

System software is software designed to provide a platform for other software. Examples of system software include operating systems like macOS, GNU/Linux and Microsoft Windows, computational science software, game engines, industrial automation, and software as a service applications.

Some of the examples of such software are: