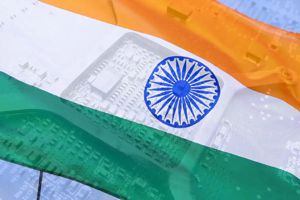 A year-long competition to develop innovative uses for two Indian microprocessor designs has selected its winners.

The Ministry of Electronics and Information Technology’s Swadeshi Microprocessor Challenge focused on applications for SHAKTI, a microprocessor core designed by IIT Madras, and VEGA, created by India’s Centre for Development of Advanced Computing (C-DAC).

First prize went to Vega-FCS-FT which used the VEGA processor to demonstrate a fault-tolerant, reliable, integrated avionics system for drones.

SHAKTI and VEGA aren’t stand-alone microprocessors, but rather designs for processor cores that can be built with additional, application-specific circuitry on a single piece of silicon.

MeitY organised the challenge for start-ups and students at all levels, providing implementations of the VEGA and SHAKTI processors on FPGA (Field-Programmable Gate Array) boards to 100 semi-finalists used for prototyping their designs.

It provided ₹4.4 crore in financial support to the teams for hardware development, and Minister of State  for Electronics, IT, Skill Development and Entrepreneurship Shri Rajeev Chandrasekhar said the government would partner with the winners to turn their designs into viable products over the next two years.

Indian IT spending will rise 7% next year to reach $101.8 billion, according to Gartner’s latest forecast.

“In 2022, CIOs in India will build on renewed interest in technology from the business to gain funding for new IT projects,” said Gartner Research Vice President Arup Roy.

Spending is likely to focus on modernizing legacy systems and on projects that drive innovation, Gartner said.

Growth in data center systems and communications services is forecast to be more sedate, rising 3.4% and 2.3% to reach $2.8 billion and $24.6 billion respectively.

Today, India has 13 SaaS unicorns, and the number of SaaS companies founded has nearly doubled in the last five years.

SaaS companies are building a talent pool of professionals with SaaS-relevant skills and currently employ more than 62,000 people in India.

However, the demand for SaaS-specific talent is expected to grow two to three times in the next five years. To meet this need with new graduates, Bain & Co. says India may need changes to the university curriculum, standardized certification courses, and government initiatives for digital employment. To reskill the existing talent pool, it says, founders, corporates, and government should offer training, courses, and mentorship programs.

Such initiatives focusing on talent improvement are critical, given that the talent demand-supply gap remains a key issue for Indian SaaS companies, Bain says.

Over one-third of the world’s population have still never used the internet, according to a recent ITU report, and even among the estimated 63% of the population counted as internet users, many have infrequent or inadequate access. In many parts of India the situation is even worse, presenting a challenge for enterprises seeking to hire internet-savvy workers, or to reach customers online.

Indian knowledge workers are among the best-prepared for working remotely, with 94% saying they feel well-prepared compared to 86% globally, according to a new survey.

They are also the most willing to consider full-time remote work, with 57% saying they preferred it compared to the global average of 37%, according to a survey conducted by Atlassian and Paper Giant of 6,192 knowledge workers across six countries who have worked remotely at some time during the last 12 months.

Workers are the most nervous about returning to the office in India (79%) and the US (58%), compared to a global average of 49%, something the survey attributes to the continuing high level of COVID-19 case numbers in those countries.

To facilitate their remote work, 93% of Indian workers surveyed have adapted their home workspace over the last year, the highest of any of the countries surveyed, and 60% of them now have a dedicated private workspace.

Smart cities are on a mission to combat COVID-19

Since the beginning of the COVID-19 pandemic, 75 of the 100 cities participating in the Smart Cities Mission have converted the integrated command and control centres (ICCCs) at the heart of their smart operations into “war-rooms” in the fight against the disease, the Minister of State in the Ministry of Housing and Urban Affairs told the Lok Sabha on December 2, 2021.

The Smart Cities Mission was launched in 2015 to modernise 100 cities, with one of its objectives being the creation of ICCCs for monitoring amenities and utilities through smart infrastructure.

Smart infrastructure is helping the cities in their COVID-19 response in a number of ways, including using GIS (geographical information systems) mapping of positive and suspect cases; GPS tracking of healthcare operations, ambulances, and workers; and real-time tracking of disinfection services. Predictive analytics tools played a role in forecasting virus spread to plan containment, and arranging logistics based on forecast need for equipment.  The cities also made use of telepresence services to provide telemedicine services and to deliver virtual training to healthcare professionals.

India, Japan should enhance their cooperation on AI and big data

India needs to increase its collaborations with Japan in the fields of AI and big data, the government’s principal scientific adviser Prof. K VijayRaghavan told attendees at a seminar bringing together Japanese and Indian scientists and technologists.

India and Japan have already established three joint laboratories in the areas of computing, AI, and big data, said Dr. M. Ravichandran, secretary of the Department of Science and Technology, while the Japanese ambassador, Satoshi Suzuki, highlighted the opportunities for further collaboration on AI, nanotechnology and quantum technology.

Digital Computer, What is it?