2021 — the year Apple became a big player in enterprise tech 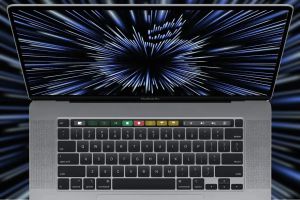 It may not be obvious right now, but 2021 is arguably the year Apple truly entered the enterprise market. In the years to come, we’ll grow to understand the consequences of that arrival, which has been largely overshadowed by everyone’s focus on the pandemic.

Other than panic, the first impact of the pandemic when it struck in 2020 was to drive all those who could work from home to do so. Yes, this also revealed vast inequalities that left many in roles where they were in danger of exposure to COVID-19 because they could not go remote. But we saw a mass migration to mobile devices and accelerating adoption of Macs across the enterprise, driven in part by employee choice.

“By April 2020, 70% of the workplace reported that they worked from home,” said Adam Pettit, founder and CEO of Kandji.

Mac laptop use across the enterprise climbed 63%, with more than half (53%) of IT decision makers surveyed saying requests for Apple devices have increased in the past two years. “This increase is far greater for Apple (42%) than any other device (11%).”

By 2021, this migration had become a trend. IDC claimed macOS device use across US enterprises reached 23% while iPhones accounted for 49% of business smartphones and iPads accounted for most tablets used in the workplace.

“Growth in Mac usage among business users, especially for employees working remotely and given their choice of PC device, is pushing more businesses to formally adopt management tools and strategies around macOS, along with iOS/iPadOS and tvOS,” said Phil Hochmuth, program vice president, Enterprise Mobility and Client Endpoint Management, IDC.

Enterprise spending on devices climbed 15.1%. We’ve also seen vendors including AWS and Teradici begin to offer Macs in the cloud.

[Also read: Review: The new 16-in. MacBook Pro is Apple to the core]

Expansion of the Apple in the enterprise ecosystem

The year also saw the ecosystem of vendors already offering integration, security, and MDM services for Apple platforms gain visibility and proliferate. Well-known names such as Microsoft, IBM, Cisco, SAP, JAMF, and others gained prominence, while fresh competition from the likes of Addigy, Acronis, Truce, Moysle, and others emerged.

Today’s enterprise needs insights on demand – at any scale and at any location, data must be processed and analyzed from every edge environment to multiple clouds in a safe and secure way

“It’s been incredible to see the enthusiasm and momentum for the Mac lineup powered by the M1 family of chips among innovative businesses, prestigious learning institutions, and beyond,” said Susan Prescott, Apple’s vice president of Enterprise and Education Marketing.

SAP Vice President Martin Lang said his teams had “never tested a machine as fast” as the M1 Macs they tested in fall 2020. Of course, everyone now knows the power of the M-series Macs, with Apple’s plans for the platform promising rapid performance and feature enhancement to propel the company’s computers to the stop of the stack.

“Since the launch of the M1, I have been arguing that Apple’s biggest opportunity to grow share in the PC market rests in the enterprise,” Carolina Milanesi, president and principal analyst at Creative Strategies told me.

“The product has proven itself to be not only desirable, but capable of addressing the enterprise needs and moving from BYOD, or backdoor, approach to IT-deployed will allow Apple to grow share more quickly.”

Based on a product once offered by Fleetsmith, which Apple acquired in 2020, Apple Business Essentials sees the company reaching out to arguably underserved users.

Primarily aimed at smaller businesses, the company says this service can scale to around 500 devices. Apple argues its new service should be seen as an entrance point to more fully-featured business-focused MDM and security solutions from its wider enterprise ecosystem.

Jamf CEO Dean Hager agrees. “These problems needed to be solved,” he said. “This is going to raise Apple’s profile in business. The weakest spot for Apple in business has always been for the small businesses who just want to get started.”

Apple also became more assertive in making its case for enterprise use, commissioning an extensive survey to illustrate the Total Cost of Ownership benefits of its platforms.

Accompanied by an updated enterprise website explaining the many reasons to move to a Mac, the case was supported by a Forrester report that shows using M1 Macs will save enterprises $843 over three years when compared to a PC.

Analyst Horace Dediu notes that Apple now has the products, services and ecosystem to hit effectively about 212 million businesses worldwide, with around 31 million in the US alone.

The evidence is there. “I think 10 years ago Windows led in market share,” said Hager. “Now, if you look at the U.S., Windows is around 32%.” Apple’s iOS and macOS together account for over 40% share there.

In 15 months, UnionBank had onboarded 2.4 million customers to UnionBank Online – a four-fold increase compared to December 2019

“I don’t believe you can be a credible provider of enterprise software if you’re not part of the Apple ecosystem today,” says Jeetu Patel, general manager and executive vice president, Cisco security and collaboration.

If there’s one flaw in Apple’s enterprise credentials, however, it sits in the company’s insistence that work begins at work, rather than at home. It remains open to question whether the next big thing in enterprise tech might be solutions that live and breathe asynchronous collaboration and working from home.

After light snowfall, Gulmarg freezes at minus 6.5 degrees C